Children's Hospital Los Angeles is the first and largest pediatric hospital in Southern California. Children's Hospital Los Angeles relies on the generosity of philanthropists in the community to support compassionate patient care, leading-edge education of the caregivers of tomorrow and innovative research efforts that impact children at our hospital and around the world.

Early in 1947, representatives of Children’s Hospital Los Angeles came to Burbank to request that a guild be formed.  This would give more awareness to our community about the work and research that the Hospital was providing to our local children.  In turn, the Burbank Community would have an opportunity to support the Hospital's special projects.  An organizational meeting was held at the home of Eleanor Hiller on the corner of Bel Air and Walnut.  At that meeting, the women were encouraged to “have faith and a love of the Children’s Hospital”.  Finally, a meeting was scheduled to decide on a name for the new organization.  Unfortunately, the home where that meeting was to take place was having some painting done, so Mrs. Aileen Long, the owner of a lovely home on N. Sunset Canyon Drive,  volunteered her home.  This is the very house that was subsequently purchased by Richard and Marcia Baroda, who joined the Guild in 1974.  Mrs. Baroda, the new owner wanted to keep this home as the site of the Guild’s new member Teas. And this, is where we host that event to this day.

The Guild chose the name “La Providencia” because Burbank is in the heart of the old Spanish land grant of that name.  La Providencia means “the provider” or “the beneficent one”.  A La Providencia crest was later designed by a charter member and her husband.  It is used on the cover of our membership yearbook.  The crest contains the cross for faith, the heart for love, and the physicians insignia.

In July of 1947, Mrs. Albert Crutcher,  chairman of the expansion program for Children’s Hospital, announced the formation of 58 new women’s guilds throughout the southland.  La Providencia Guild of Burbank was included in that group.  Our first guild president was Mrs. Howard S. Tackabury 1947-1948.

The charter membership of La Providencia consisted of 25 women who were interested in helping seriously ill children.  Today, there are over 120 members.  There are 4 levels of membership; the Actives (the Board members), Associate and Patroness. The Emeritus are members who have served as president or members who have given exceptional service and have served for 40 years.  Our sustaining members are those who support the Guild through their financial generosity.

Many of the events started by the charter members are continued today, such as the annual Cotillion (now called the Spring Social), the Membership Tea, and the Annual Meeting.

The early yard sales that were held to raise funds beginning in 1947 led to the opening of our first Thrift Shop in 1958 on San Fernando Road.  Outgrowing those facilities, the shop was moved to Tujunga Avenue for 22 years.  In the 1980’s, the Thrift Shop moved again to the  “Little Blue Cottage” on Magnolia Avenue in Burbank.  On November 2007, a final move was made to our present location 3301 W. Burbank Blvd.  Today, our Thrift Shop continues to thrive thanks to its member volunteer workers.

For over 74 years, Our Guild has remained faithful to the words of our our first President, Peggy Savage Tackabury, who once said, “I could talk on and on about what has been, but it is our onward outlook that is important…TODAY and the FUTURE with all its potential…”.

It is our goal to remain steadfast in our commitment to the Children's Hospital Los Angeles who provides the best care for our smallest patients. 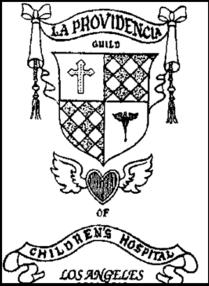 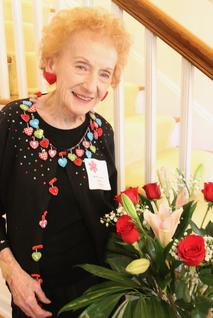 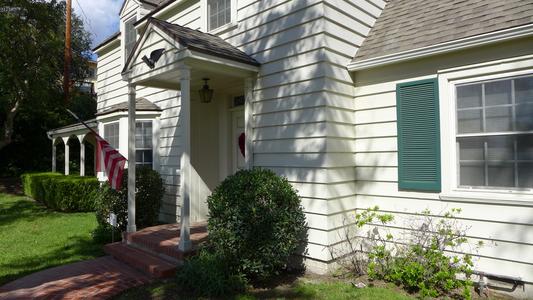